The "What did you do to your car today?" thread (merged)

PaulM-EX said:
So this is something I've wanted to try and fix since owning the car and a problem which plagues most mk8 Civics. Rear spoiler lacquer peel.

Initially I really wanted to re-lacquer the spoiler with a 2K clear from a rattle can. I've used these on other projects in the past with good results but I was worried in case the 2K would react badly with the spoiler. So I did a small test patch 24 hours prior to see how it might go. I didn't spend too long prepping the area because either way it was gonna be redone anyway for the full spoiler.

You can still see a faint white edge between where the peeled/unpeeled original lacquer is even though the area was sanded beforehand. Because of this it soon became obvious that to make a decent job of re-lacquering the spoiler the whole thing would need sanding back, completely removing all of the original finish. However, I don't know what Honda used to clear coat the spoiler but by hell that stuff takes ages to budge without resorting to really coarse grit sandpaper or power tools. Not impossible, but it was going to take way more time to prep the thing than I accounted for.

So onto plan B, just give the spoiler a polish up to at least make it much more presentable than it was. I gave the affected area a wet sand going from 600 to 1200 grit and then out with the buffer and farecla cutting compound. A few minutes later and although far from perfect, overall it is much improved. You can still see the edge where the original lacquer remains which is why to do what I originally wanted would require much more time and effort. I definitely think using a 2K clear rattle can would work though without too many issues but that's for another day maybe.

I was taking advice from a auto sprayer guy.
I did what he said. To rub down all the black areas. Also mask off the clear window. Then I sprayed all the black with what spray I had. Satin black and then lacquer. It looked great, but the back window got broken and auto glass ruined the lacquer and scratched the clear screen. They paid me £150 for a respray that was going to be done by my mate the sprayer guy, but when he looked at it. He noticed that the lacquer was peeling off the clear screen as well. He said it's not worth messing about with now.

So I thought go to the wreckers and get the tailgate and buy the whole lot and when I could strip it down get mine off and the one from the wrecker put on. It seem that buy doing that it's a right pain to get off. The only thing I can do now is buy one from the wreckers in the same colour and same spec and swap over the whole tailgate. I am I perfectionist and it's going to get sorted some how.

My mate the sprayer said to spray it with 2 pack as rattle cans especially the lacquer is very thin and when you get any Mark's in the lacquer while it is drying.if you try and buff it. The buffer will go straight through the lacquer.

Joined Mar 3, 2018
·
2,275 Posts
So after replacing all my suspension a few weeks back and being in too much of a hurry and forgetting to replace the rubber shim that stops the spring moving on the bottom of the shock housing, and causing an annoying rattle, I finally got around to fixing the problem. Honda wanted £15 delivered for the two small bits of rubber but I remembered from my Vectra days about Vauxhall's solution to the issue so went sourcing that instead and it has worked 100% 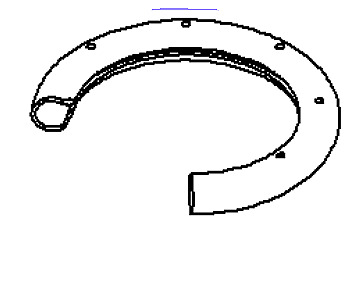 Sent from my FIG-LX1 using Tapatalk

A while back I changed the dashboard for a facelift version, however this came with the switch for adjusting the headlights. Since my car did not have this function I decided to add a usb outlet rather than simply plug the hole. Well today I finally got round to actually connecting the wiring...

Das said:
@dkkirk2016 next is removing the brake light and getting it back to you for updating, lol.
Click to expand...

Joined 1 mo ago
·
16 Posts
I just replaced the wipers and cleaned the wheels.

Joined Oct 28, 2015
·
2,323 Posts
not my car but SWMBO, and done the other day....
look into coolant loss on her '13 fiesta. turns out leaky thermostat housing but also found the gear cables were insecure and one of the brackets that was no longer clipped in was rubbing on 2 coolant hoses (through the cords, but no leaks).
not the nicest of jobs as the hoses were ones down the back of the engine&bulkhead so had to remove part of the fuel system and a handful of air hoses.

parts not due for another week by the look of it, so hopefully i can remember where & what order it all goes back together!!
► Show Full Signature
Blue GT FK2R, #3105 Build Thread
Remus cat-back, Remus Responder, K&N Panel, Girodisc 2peice discs, CL RC6e pads, TDI-North Intercooler, HEL Oil Cooler, HCTR Brake Cooling Ducts
R

Rem97 said:
But it's a civic info site not a crappy ford site der
Click to expand...

A while back I changed the dashboard for a facelift version, however this came with the switch for adjusting the headlights. Since my car did not have this function I decided to add a usb outlet rather than simply plug the hole. Well today I finally got round to actually connecting the wiring...

Slight change to the way I connected the additional usb socket.
A

First was to replace the rear badge with a an ORM H badge. Heady enough to remove using heavy duty fishing line (sorry no pics).

Next up was a new Mugen (authentic) gear knob...

Next up was replacing the warn odometer visor with a new replacement screen:

Lastly a refurbished wheel courtesy of royal steering wheels who did an excellent job:

The wheel, visor and knob are 3 of the best mod I’ve done as they’re something you see/touch every time you drive the car...Next up is my double din (including OEM fascia)that’s been sat in my wardrobe for 9 months...just need to find the time to fit it.

Lastly a refurbished wheel courtesy of royal steering wheels who did an excellent job:

if you dont mind me asking how much did the steering wheel cost
► Show Full Signature
I have the only 2010 Tangerine 1.8 Type S in the UK

Grossey said:
if you dont mind me asking how much did the steering wheel cost
Click to expand...

Makes such a difference.

Cheers
► Show Full Signature
I have the only 2010 Tangerine 1.8 Type S in the UK